JDMGarageUK is proud to announce a car with pure Japanese tuning heritage, our Nissan Silvia S14A (Kouki) was created by the madmen at Garage Rise UP (https://www.garage-riseup.co.jp/) from Sapporo, Japan. A true late 90s street drag monster capable of over 700ps, making this not for the faint of heart.


Garage Rise up has a legendary amount of performance history, from building Japan’s fastest time attack EK9 Civic, (https://thenaritadogfight.com/2022/03/15/feature-garage-rise-up-x-gnr-racing-the-new-heavyweights-of-ff/) Building a RX-7 FD in just one week for Tokyo Auto Saloon, (https://thenaritadogfight.com/2016/01/24/event-the-return-to-makuhari-tokyo-auto-salon-2016-v-2/#more-14075) and a long list of flame spitting, GR Supra’s, R35 GT-R’s Amongst other cars which can be found on their YouTube channel. (https://www.youtube.com/channel/UCHefdr2mrVSxX5tXHVewL8A/videos).


This build retains the late VVT Black Top SR20DET engine which has been modified to increase the engine capacity to 2.2L using a Tomei stroker kit which includes forged pistons, forged crankshaft and competition bearings, this increases the torque and potential power output perfectly suited to this car’s purpose.


Garage Rise up also decided to upgrade the drivetrain with a 5 Speed HKS Dog box to meet the serious abuse that comes with the territory of drag racing, this was then further changed up with a dog-legged gear selector pattern, translating to lightning-fast changes and a closer selection between the predominantly used gears.


The turbo of choice for building the boost levels required is the world renowned HKS T51R Kai Turbo which has been used on Silvia’s to Supra’s and everything in between, being a Garrett based turbo created for HKS with only performance in mind making this the turbo of choice for making serious power, Capable up to about 800ps (789 BHP) whilst currently safely running at about 700ps.


Just as important are the supporting modifications which Rise Up have spared no cost and time in implementing, amongst these are the HKS F-Con V-Pro, HKS Boost controller, Nismo twin fuel regulators, Twin Fuel Pumps with Surge Tanks and much more listed below perfect for tearing up the drag strip or your local Hillclimb.


This is not your average S14A, cars such as this don’t come up for sale often and if you are looking for a fully built Japanese tuner car at a fraction of the cost it would take to build, look no further, this is the car you have to buy!

This car is currently located in Japan and will ship at the first opportunity. Get in touch to secure it if interested before somebody else does.


Points to note:
Road legal street drag car
Rear seats and interior removed
ABS & A/C have been removed.
Battery relocation to the boot.
Extensively modified head, to be confirmed on work carried out.


Viewing:
Viewing of the vehicle is advised, however, is strictly by appointment only.
To arrange a viewing please contact us via eBay or via one of the following methods:
Telephone: 01409 231 887
Email: sa[email protected]


Delivery:
Delivery is available, please get in contact for a quote. 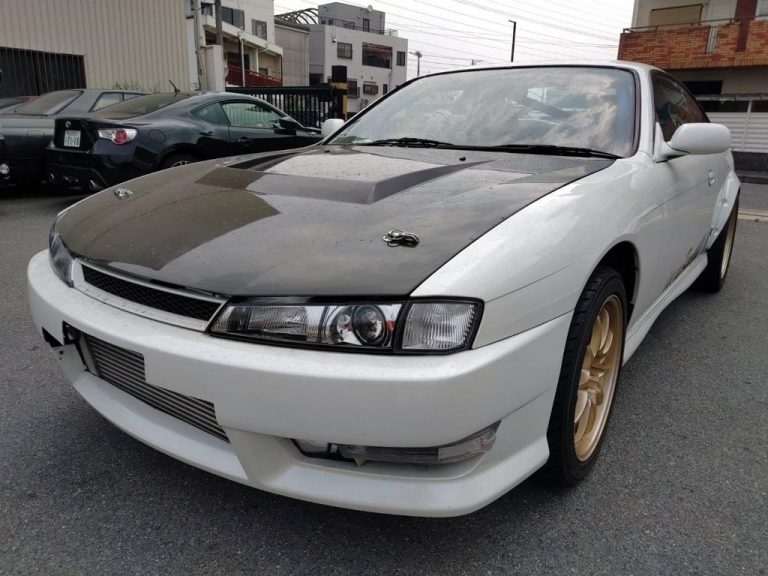